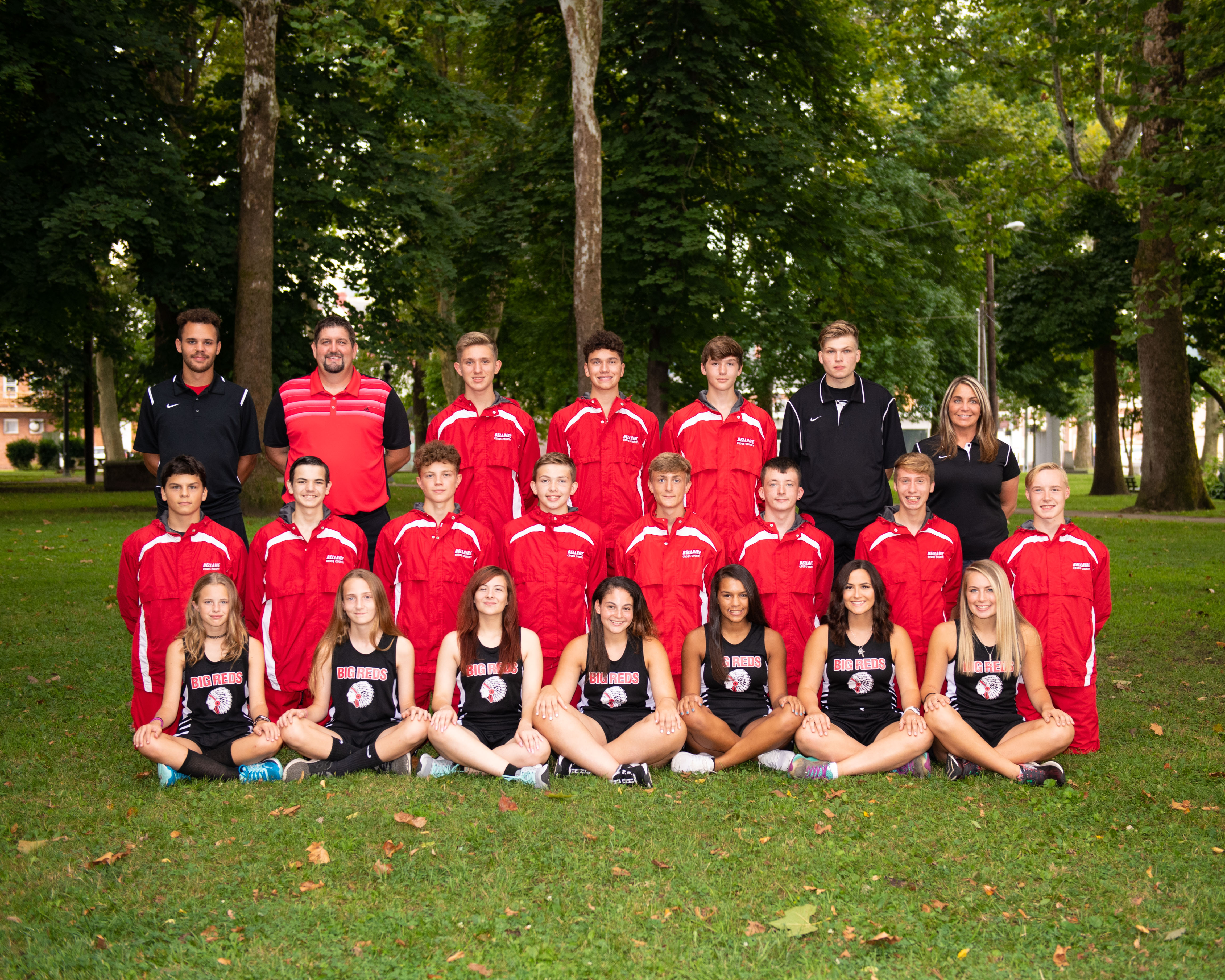 Jacob Defibaugh led a very young Reds’ team into Cambridge and did not disappoint by claiming his first individual OVAC Class 3A Championship and the team to their 11th OVAC team championship in school history.

Defibaugh crossed the finish line in 8th place overall and was the first runner in Class 3A giving him his first individual Class 3A championship. He improved on his OVAC 3A third-place finish last season and shaved 73 seconds off of his time from a year ago finishing Saturday with a time of 16:46. Junior Brenan Craig finished in 40th place overall with a time of 17:59 which was good for a third-place finish in Class 3A. Freshman Andrew Rupp continued his recent surge with a 51st-place overall finish and a time of 18:10 which was good for 6th-place finish in Class 3A. Other scorers for the Big Reds included freshman Devin Schramm (134th overall, 14th place Class 3A, 20:23) and classmate Tyce Hughes (152nd overall, 20th place Class 3A, 21:00). There were 218 runners that competed in the boys race.

The junior-high team had a solid showing as their team comprised solely of 7th-graders raced their way to an 8th-place team finish out of 16 teams. Riley Robbins once again led the way for the young Reds with a 36th-place finish out of 112 runners with a time of 13:09 over the two-mile course. Dylan Bachie finished just behind Robbins with a 37th-place finish and a time of 13:17 while Manuel Garcia claimed 44th-place with a time of 13:25. Other scorers for the Big Reds included Aiden Brady (52nd, 13:56) and Brody Blazek (84th, 15:35). Also finishing for the Big Reds was Mason Unterzuber (102nd, 18:26)

The cross-country team returns to action this Saturday when they travel to Buckeye Local to compete in the OVCCL Championships. This will be the last meet for the junior-high team.