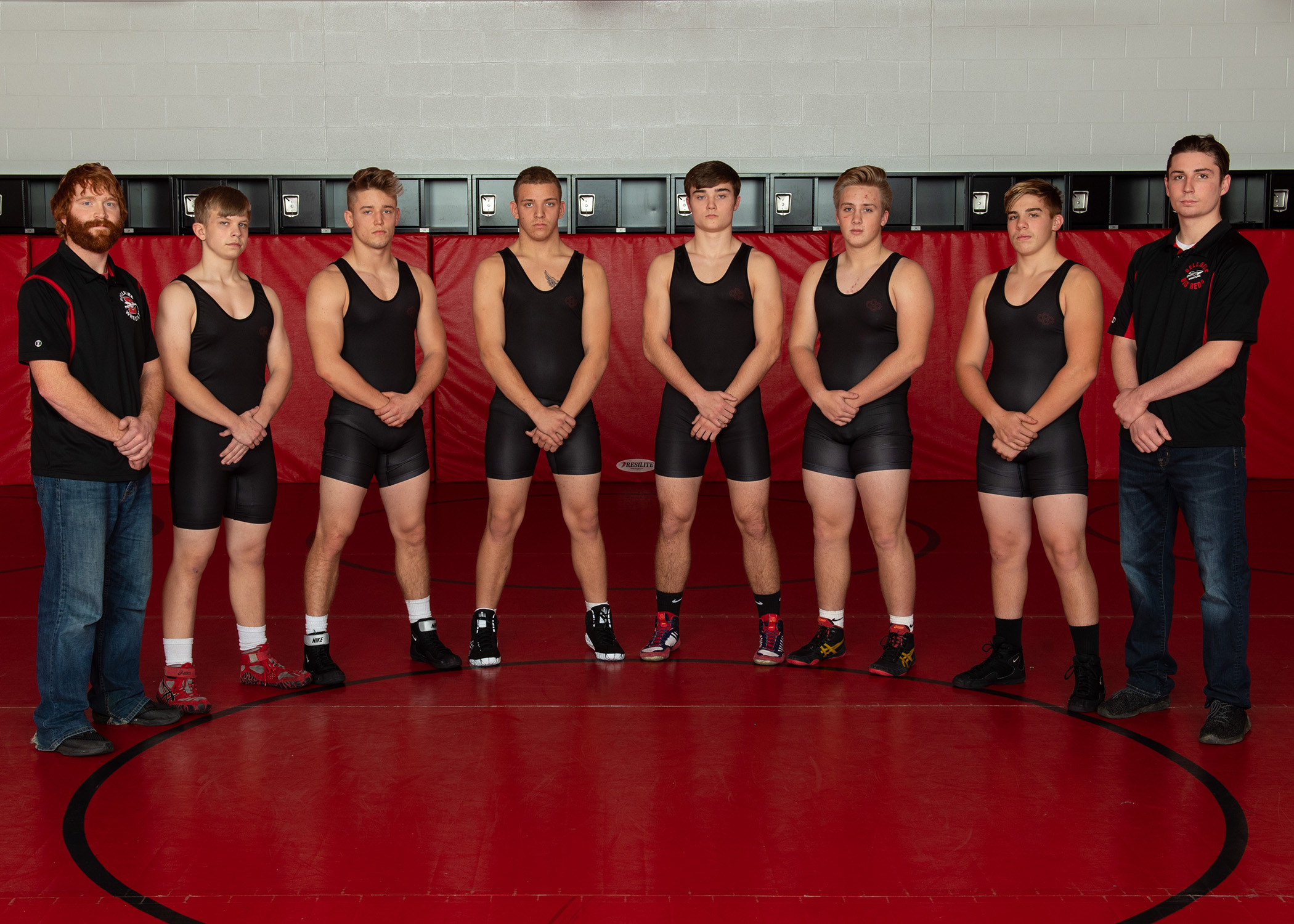 The Big Reds welcomed the Bobcats to the House of Champions on Friday and gave them all they could handle as the Big Reds honored their senior wrestlers and stat girls.

In exhibition matches contested immediately following the above matches, Mamie defeated his opponent by the final of 16-4 and Bell won by the final score of 4-2.

Senior stat girls Abby Gianangeli and Madison Hotlotz as well as senior wrestler Albaugh and Bell were honored before the game for senior night. On behalf of the athletic department, thank you for all of your hard work and dedication to the wrestling program and best of luck this week at OVAC’s and the rest of the season.