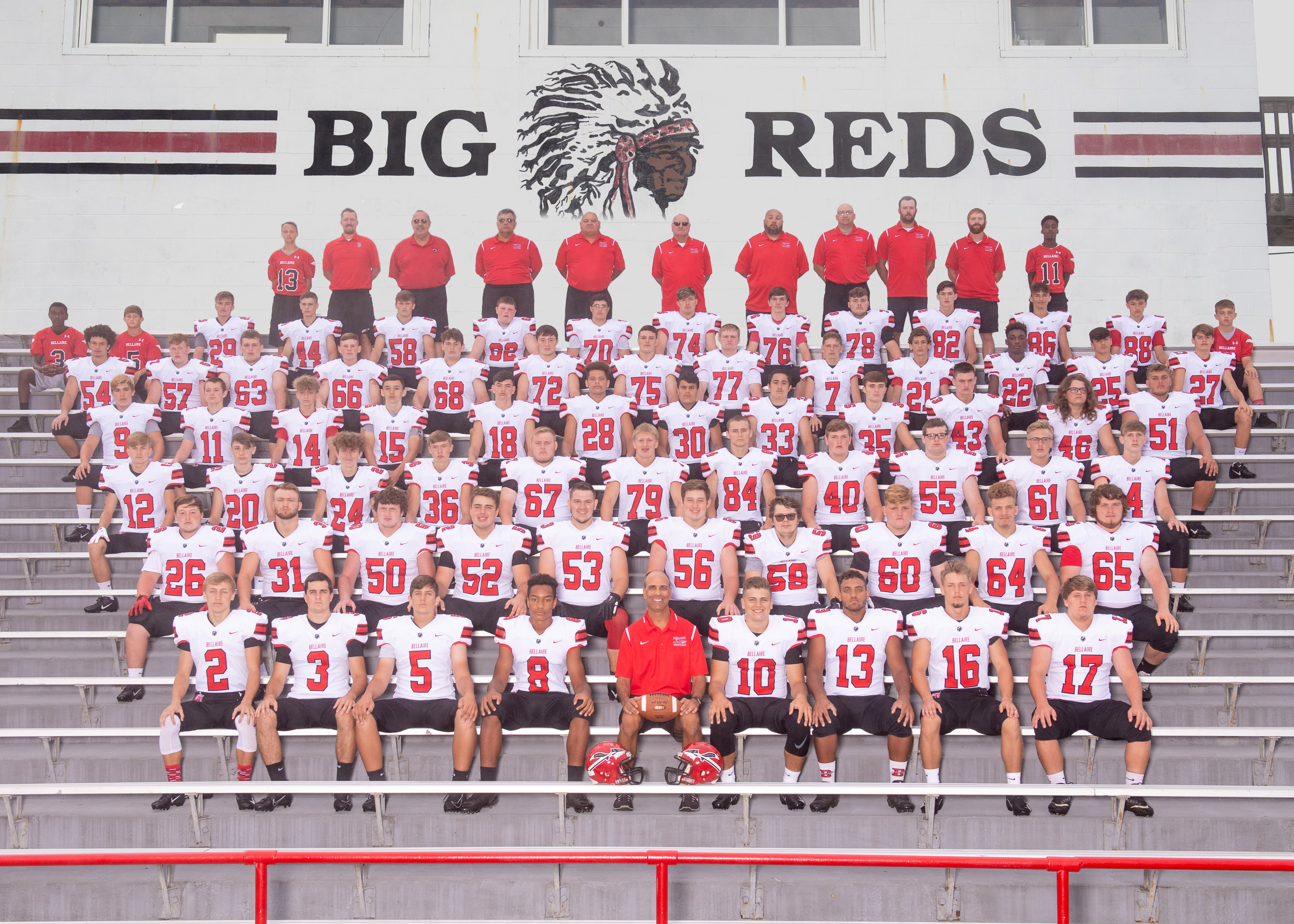 The Big Reds traveled to Shadyside Friday night looking to rebound from a tough loss last week to St. Clairsville and took out their frustrations with a physically dominating 12-6 victory over home-standing Shadyside.

Both teams’ defenses dominated the first half as the offenses combined for only 134 total yards from scrimmage. A big defensive play on the first drive for Shadyside featured Big Red’s senior defensive end Quentin Baker forcing a fumble by the Tiger’s Wyatt Reiman and recovering the fumble himself. The defense harassed the Tigers’ offense throughout the first half holding them to 58 yards of total offense.

The scoreboard was lit pretty quickly at the beginning of the second half when the Tigers started the opening drive of the quarter at the 38-yard line and QB Rhys Francis found Reiman for the 62-yard touchdown. The two-point conversion was no good and the Tigers led 6-0.

The Big Reds immediately responded with one of their most impressive drives of the season with a 14-play 80-yard drive that culminated in a 10-yard touchdown pass from Cole Porter to Trenton Wilson out of the Wildcat formation. The key play on the drive was a 20-yard connection to Trenton Wilson on 3rd and four from freshman QB Jake Heatherington, who was making his first career start in place of the injured Bobby Roth. Heatherington also took over punting and kickoff duties and had a fantastic 51-yard punt to get the Big Reds from deep out of their own end in the first half.

The defense continued to shut down the Tigers and took over possession at the Tigers’ 34-yard line with just over ten minutes left in the contest. After a holding penalty gave the Big Reds a first-and-goal at the 20-yard line, Heatherington made a grown-man’s throw with a laser across the middle for the game-winning touchdown pass to Trenton Wilson. When Porter’s 2-pt attempt came up just short, the Big Reds lead stretched to 12-6.

The defense had to make one more stop to end the game and succeeded when Wilson knocked down a 4th-down pass with only :22 seconds remaining to seal the win. Heatherington took one snap in the victory formation to end the contest.

Porter was a workhorse with 29 carries for 135 yards on the ground. Heatherington acquitted himself well by completing five-of-12 passes for 87 yards and one touchdown. Wilson finished with five receptions for 67 yards and two touchdowns.

Senior defensive end TJ Bell etched his name into the record books by tying the school record for sacks in a game with four. He finished with 5.5 tackles and four tackles for a loss. His fourth sack was the key play on the Tigers final drive of the evening. Leading the defense in tackles was senior Cody Albaugh with seven tackles. Senior defensive line stalwart Chase Nolan tallied five tackles while classmate Wilson chipped in with three tackles and two passes defended.

The Big Reds return to action next Friday when they travel to Morristown to face the Jets of Union Local.