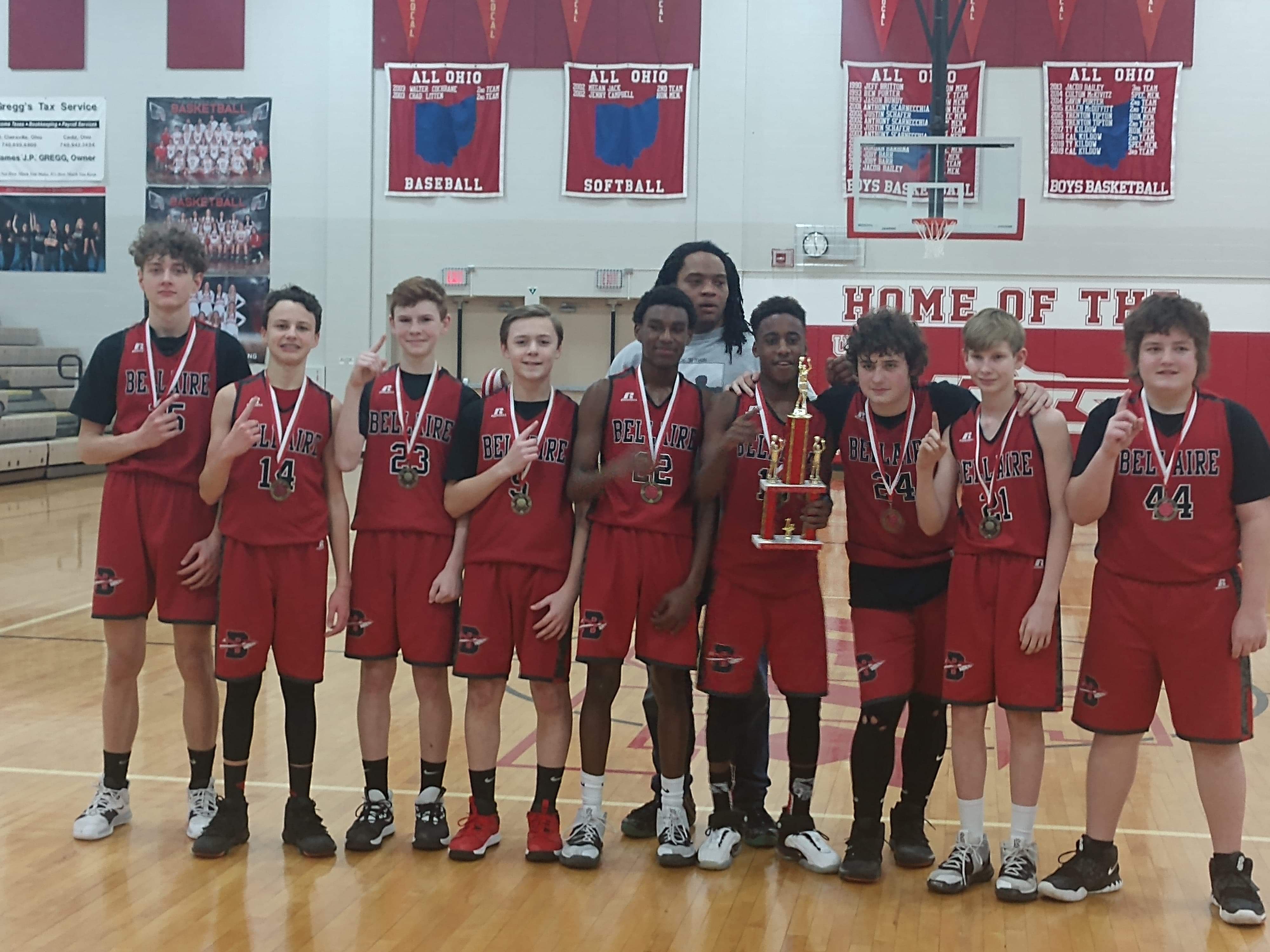 After battling down to the wire in two previous meetings, the Big Reds and the Shamrocks of Barnesville didn’t disappoint as they went to the final horn with the Big Reds pulling out a thrilling 42-39 victory for the championship of the Tug Robson Junior-High Tournament.

With just over a minute to go and the Reds trailing by two, Mac Mac Pettigrew drove the lane and calmly nailed a floater to knot the score at 39-all. After forcing a miss by the Shamrocks, Mayson Sochor was fouled and sent to the line for two free throws. He was as cool as the other side of the pillow and nailed both free throws for a 41-39 lead with less than :30 seconds left.

On their next possession, the ball was knocked out of bounds and the Shamrocks were awarded the ball underneath their own basket. After a timeout, the Rocks drew up a perfect play with a player cutting free down the middle of the lane but he was just a little too strong on the shot and the ball rattled off the front of the rim. Luca D’Aquila grabbed the rebound and was fouled with :07 sec left. He nailed one-of-two free throws for the 42-39 lead. The Shamrocks raced the length of the court and just missed a three at the buzzer giving the Big Reds the championship.

Congratulations to Coach Raf and the boys on a great season!