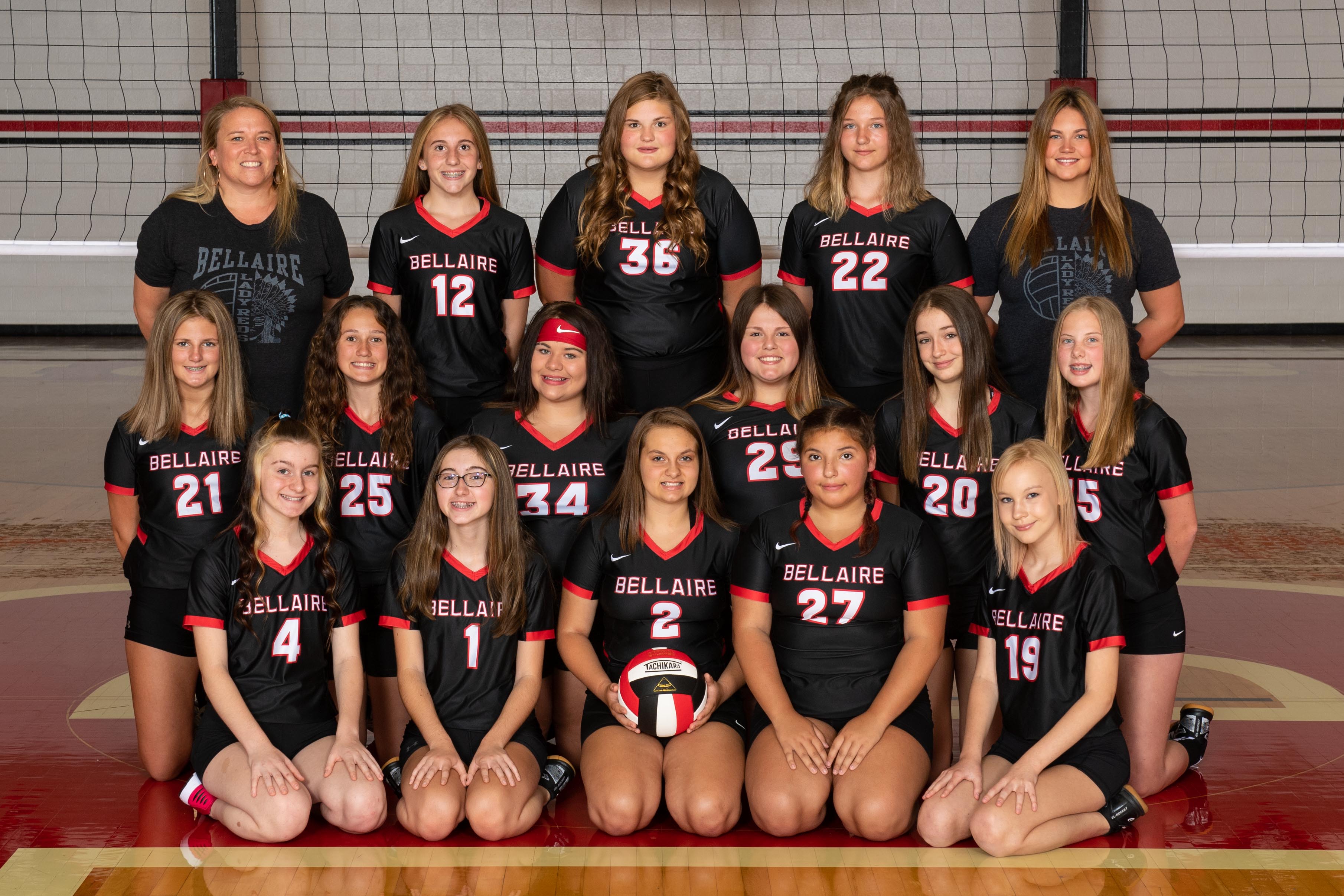 The Lady Reds advanced to the finals of the Bellaire Junior-High Tournament Tuesday with an epic comeback in the third set to defeat the Lady Jets of Union Local, 8-25, 25-21, 25-23.

After rebounding from a disastrous first set by winning the second set to even things up at one set apiece, it didn’t look good for the Reds as the Lady Jets quickly jumped out to a 12-4 lead in the third and deciding set. The Lady Reds faced their largest deficit at 20-10 before slowly starting to chip away at the lead.

The lead was 23-16 when the Lady Reds forced a side-out for a 23-17 tally and Eliana Mason heading to the service line with very little margin for error. Mason calmly drilled serve after serve as the Reds ended the match on an 8-0 run to win in thrilling fashion.

The Lady Reds will face Barnesville in the championship game on Thursday at 7:00pm.